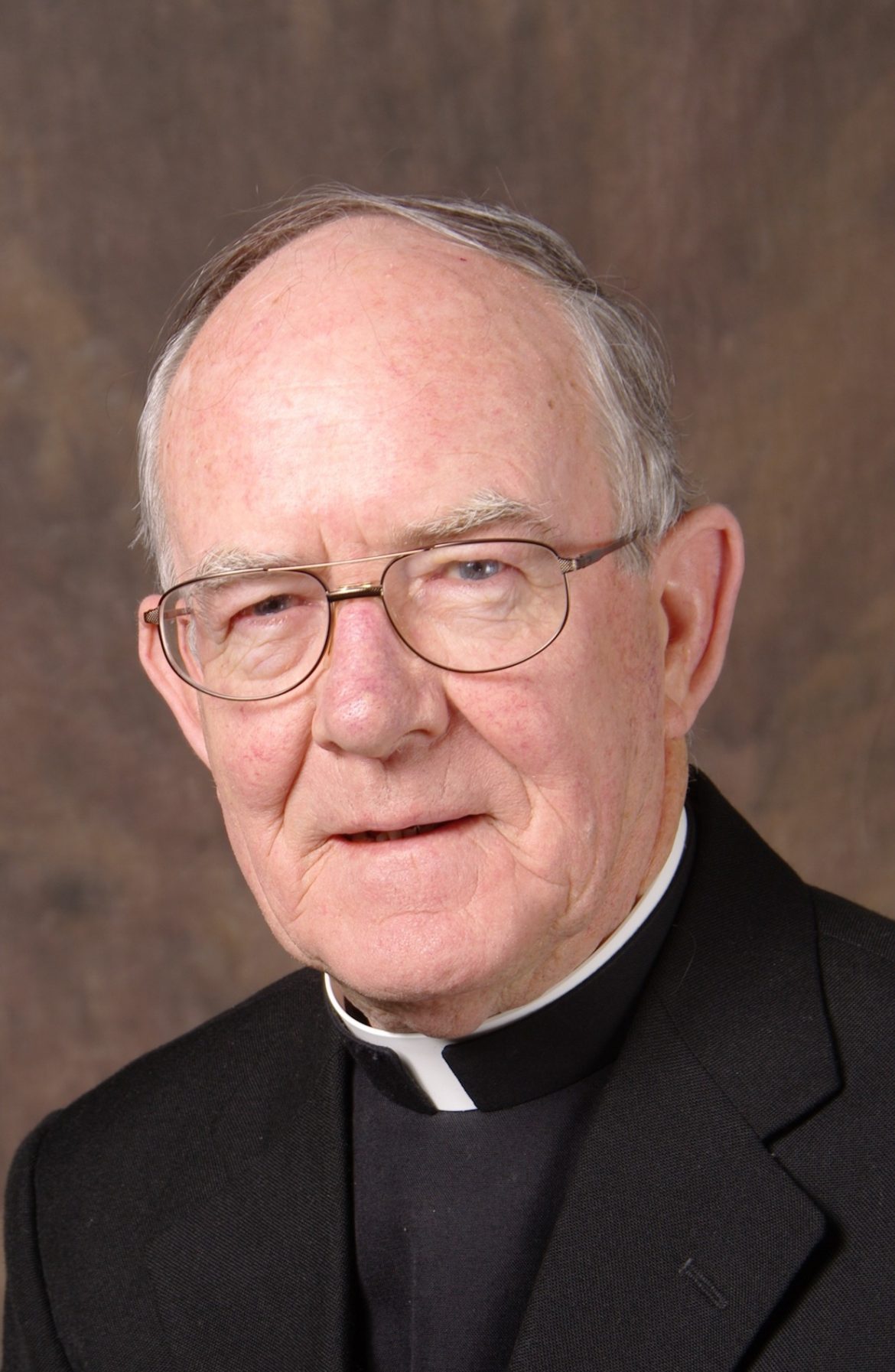 Homily for the Funeral Mass of Father John Murtagh from the Diocese of Yakima
May 26th 2022 at Holy Family Catholic Church, Yakima Washington, USA
Most Reverend Joseph J. Tyson, Bishop of Yakima

Peace be with you! My first word to all of you is “thank you.” As I said last Saturday evening at the 5:30 Mass at Holy Rosary in Moxee, I am so grateful for the many ways friends and parishioners were so present to Father Murtagh, especially during his final months. I am especially grateful for Angela, his sister and John Joe, his nephew who flew from Ireland and were with Father John Murtagh when he died.

Back in 2004 when his cancer first appeared in his kidney, Father Murtagh wrote Bishop Sevilla telling him the medical details of the upcoming surgery. Then with a bit of wry Irish humor, Father Murtagh addressed the state of his spiritual health writing: “Meanwhile I will try to get the Lord’s attention…may even offer him the superfluous family jewels for one useless kidney…So far, I have not registered a response.”

We traditionally read the beatitudes from the Gospel of Saint Matthew for funerals of clergy and religious. I think perhaps it goes back to our understanding of friendship with God. Saint Thomas Aquinas places the beatitudes at the center of the moral life. He does so by beginning with friendship. Drawing from Aristotle and other classics, St. Thomas Aquinas notes the three qualities of friendship: benevolence, reciprocity, and things in common. “Benevolence” refers to friends who love us. “Reciprocity “refers to our love of our friends. And “things in common” refers to our shared reality.

St. Thomas Aquinas then goes on to ask whether we can be friends with God. Yes, God certainly loves us. And yes, we certainly can love God in return. But things in common? God is so much greater than us. What possibly could we have in common with God? Saint Thomas Aquinas answers in one word: beatitude – God sharing his life with us.

I think that is the core of Father Murtagh. Father Murtagh started by noticing friendships and built from there. The one more hidden example I want to highlight, and uplift was his support of PREPARES where we walk the journey of life with moms and their families from the first moment of conception to the child’s fifth birthday. He noticed the Spanish-speaking moms who did the baptism preparation classes. He saw their friendship. He saw they had children. So he worked with them to learn and uplift PREPARES. One of the women in the parish baptism and PREPARES group was approached by a neighbor who was pregnant. Her boyfriend had already scheduled an appointment for an abortion. The parishioner asked, “What do you want to do?”  “I think I want to keep the baby but I do not know how.” So the baptism group rallied around her. Today not only do we have a wonderful mom, but the boyfriend who made the appointment underwent a bit of a conversion and has become a wonderful dad. In a world of polarizing debates, Father Murtagh built his ministry on friendship without being able to predict the fruits.

A different aspect of “beatitude” I would want to highlight is his being an Irish missionary. Let me begin this second aspect with a story. Father Murtagh generally took the month of July to return to what he called “The Holy Land,” otherwise known as “Ireland.” He often had a younger Spanish native speaker lean over from St. Joseph or St. Paul Cathedral in Yakima for his 11:00 Spanish Mass. But when he went to Ireland that 11:00 Spanish-speaking priest would often pick up the two English Masses as well. Most of the time this worked well. But one year we had a Spanish-speaking priest whose English was limited.

As a result, while I was standing in line for a cup of coffee, a woman from Moxee recognized me and complained, “I can hardly understand a word the priest is saying because his accent is so strong.” I responded with an Irish brogue, “Are you talking about the one from Ireland or the one from Mexico?” She smiled a bit and got the point.

But the deeper point here is that on some very profound level, Father Murtagh so desired to share “beatitude” – sharing the life of God – that he was willing to leave the land he so loved and come here to the Diocese of Yakima. He shared beatitude – life with God – through the celebration of the sacraments, especially the Eucharist where we receive the life of God, Jesus Christ in all of his humanity and all of his divinity.

Both Monsignor Tom Champoux and Father John Shaw in their masses during our retreat last week, made a point of thanking the many, many, many foreign-born clergy who serve our diocese. Father Murtagh, being what we affectionally called one of the F.B.I. – Foreign Born Irish – helped lay the footprint for our current crop of missionary priests from Mexico and Colombia.

Yet, as bishop I am keenly aware from my conversations with our clergy how homesickness never goes away. This is not simply a yearning for a decently poured glass of Guinness or a fine Mexican tequila. It is also wanting to see nieces and nephews grow up and be a part of their lives. During COVID-19 our missionary priests with families overseas or south of the border often worried about their loved ones far away even as they fielded the tension and unrest over lock downs and mask mandates in their parishes here at home.

My last substantial conversation with Father Murtagh was right before the confirmations in Moxee just a couple of weeks ago. He did not concelebrate because he was too weak. But he opened up the church and saw people off. We talked at the kitchen table. He was reading a volume of poetry by the famous Irish poet Seamus Heaney. I asked him if he was still planning to go to Ireland. “Oh yes. All I have to do is be able to walk on the plane and walk off the plane.” He was determined to go to Ireland up until a few days before he died. Gratefully he concluded on his own will that he would not make it to Ireland but would face death here.

Allow me to close with this poem taken from the collection of poetry by famous Seamus Heaney that Father Murtagh was reading right before confirmation a few weeks ago at Holy Rosary in Moxee. It is titled “from the Cure at Troy.”

Human beings suffer.
They torture one another.
They hurt and get hard.
No poem or play or song
Can fully right a wrong
Inflicted and endured.

History says, Don’t hope
On this side of the grave,
But then, once in a lifetime
The longed-for tidal wave
Of justice can rise up,
And hope and history rhyme.

So hope for a great sea-change
On the far side of revenge.
Believe that a farther shore
Is reachable from here.
Believe in miracles
And cures and healing wells.

Call miracle self-healing,
The utter self-revealing
Double take of feeling.
If there’s fire on the mountain
And lighting and storm
And a god speaks from the sky

That means someone is hearing
The outcry and the birth-cry
Of new life at its term.
It means once in a lifetime
That justice can rise up
And hope and history rhyme.

The Challenge of Addiction: Drugs and Pornography...