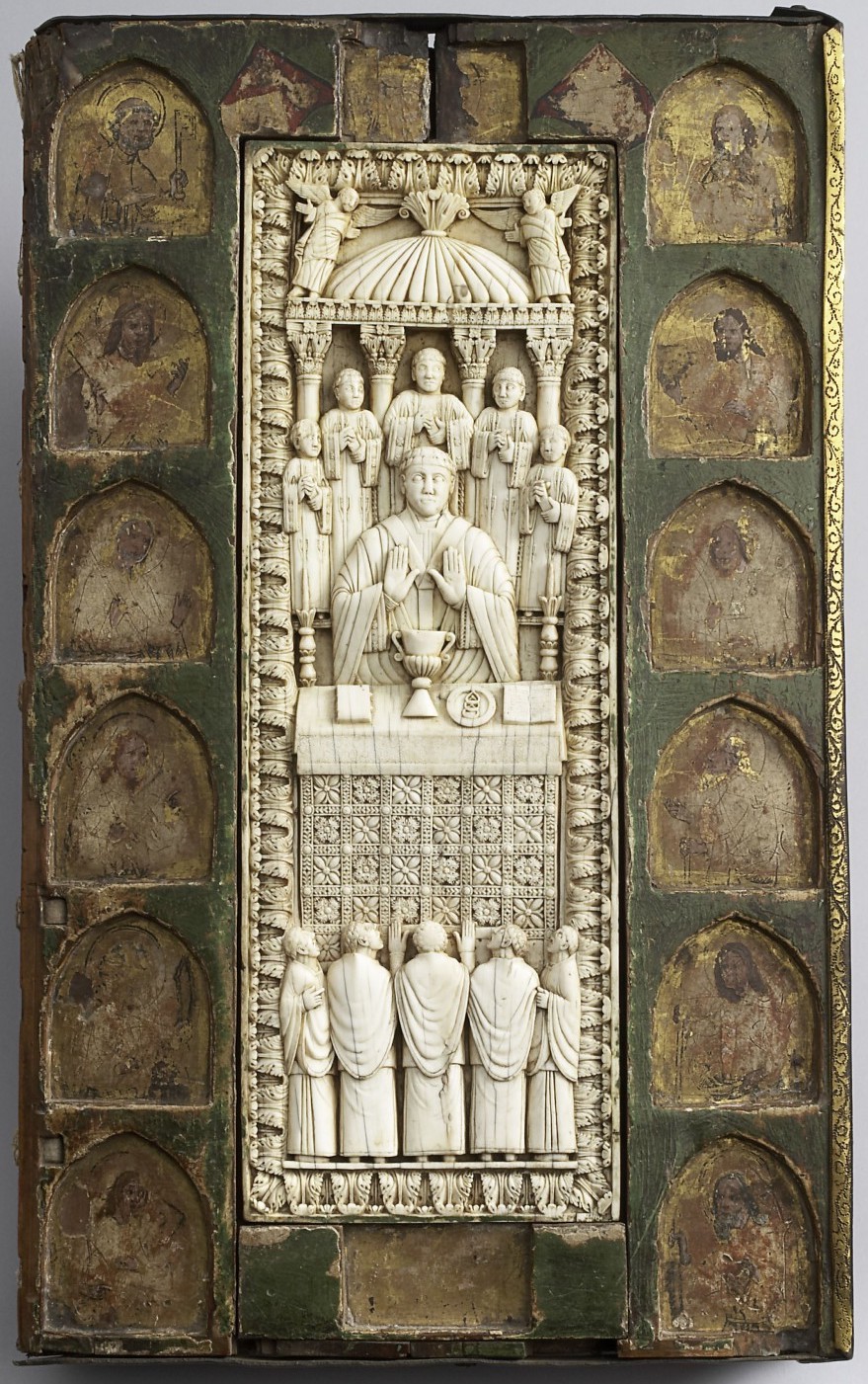 Facing the Altar of Sacrifice

Peace be with you! “This is my body that is for you.” Those words of Jesus quoted by St. Paul in his first letter to the Corinthians are the interpretive key for all we believe especially on this Holy Thursday.

“This is my body that is for you.” Some years ago, while visiting extended family in Germany, I visited the Städl, a world-class museum in Frankfurt. One exhibit was titled “Cult Image: Altarpiece and Devotional Painting from Duccio to Perugino.” The exhibition guidebook noted that in the early church, Mass was celebrated facing the people – as it is today. But in the late middle ages, a shift occurred. Mass began to be celebrated “ad orientem,” facing the East to Jerusalem. But because many churches were pointed in a variety of directions, priests began to commemorate facing East by having their backs to the people in a kind of spiritual “ad orientem” so priest and celebrant together faced the same direction together. When worshippers could no longer see the action of the eucharist an entire artistic movement began. Retablos behind the altar began to artistically depict the mysteries of faith.

Yet the exhibit opened with one especially important work. The ivory carving, which dates to about the year 875, was used in the 14th Century for the cover of a Roman Missal – the Mass book used by the priests at that time. The cover showed the ancient custom, now recovered with the Second Vatican Council, of priest and people gathered around the altar. Their eyes fixed on the sacrifice of Christ at the altar. Their ears attentive to the words “This is my Body that is for you.”

“This is my Body that is for you.” How can this be? Our daily life does have a few examples of words changing reality and not simply describing reality. For the sake of our sports fans, permit me to return to my opening examples. If you are at a Mariners game and the umpire says “You’re out” well – you’re out. Think of those famous Mariners like Ichiro Suzuki or Ken Griffey. When they struck out, they were out. It did not matter if most of the stadium disagreed. The word of the umpire changed the reality.  Yes, they were the same Ichiro and the same Ken Griffey before and after the umpire call. Their reality had changed. They were out.

Similarly, Fr. Felipe Pulido who is now in Kennewick and was here across town at St. Joseph is a fan of the Chivas of Guadalajara. There is a player whose name is Alan Pulido. So, Father Felipe bought a jersey just like the one Alan Pulido wears. It is red and white and has the name in the back: Pulido. No matter how much he wears that jersey the name “Pulido” does not change the reality of Father Felipe. But. And this is key.  But when Alan Pulido is offsides, he gets a yellow card. If he persists, he gets a red card. A red card means he is out of the game. The word of the referee changes his reality. It is the same Alan Pulido. But his reality is changed.

Aristotle described this sameness and this change as accident and substance.  He would say that in the soccer game that Alan Pulido is the accident. But whether he plays or is taken off the field is the “substance” of his reality.  Whether football, baseball or soccer, any fan will tell you that words change reality. This is even more the case when it comes to the Eucharist.

St. Thomas Aquinas borrowed these concepts of “substance” and “accidents” to describe the change in the Eucharist. “This is my Body given for you.” That accident remains bread. The substance becomes the Body of Christ.

“This is my Body given for you.” Words change reality. We know this from our experience of COVID-19. The words of the executive order in limiting public activity changed the reality for many people. Often in difficult ways. Many of our restaurants have not and will not reopen here in Yakima. Many of our students struggled when word arrived that their school was closed. Many of their parents who may not know English struggled to even know how to log on and help their children. A word from a doctor stating “positive” for COVID-19 changed the reality of the patient even if they did not have symptom. Words changed our reality in deep, profound and sometimes difficult ways.