Homily for the Ordination to the ministerial Priesthood for Deacon Edgar Quiroga
Diocese of Yakima, May 22nd, 2020 at St. Paul Cathedral in Yakima, Washington USA 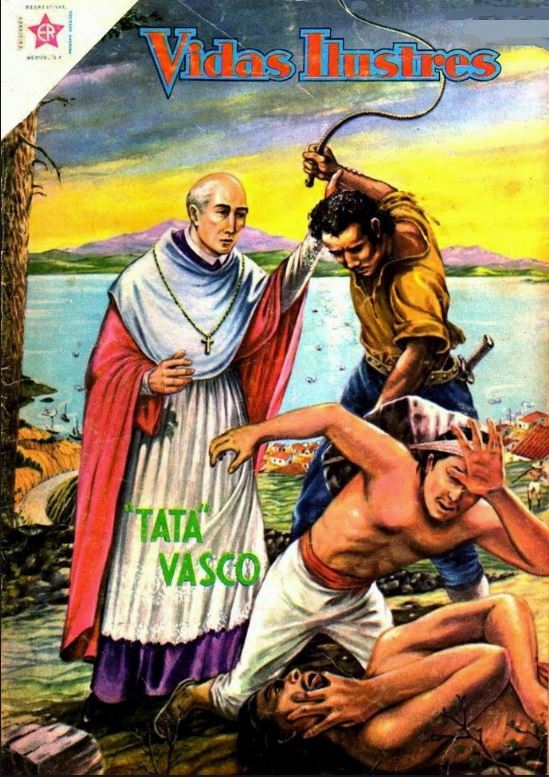 Peace be with you. “What do you think of the Messiah?” That’s the key question Jesus poses to the Pharisees. Jesus does so after having haggled with both the Pharisees and the Sadducees about various aspects of the religious law.

Commenting on this text, the great Christian thinker Origen suggests that the legal back and forth from the Pharisees and the Sadducees was meant to tempt Jesus, and not to learn from Jesus. Likewise, the ancient commentary, “The Incomplete Works of Matthew” suggests that this question “What do you think of the Messiah?” is not simply a question Jesus poses to the Pharisees in our Gospel from St. Matthew, but it’s a question Jesus poses to skeptics of every age.

“What do you think of the Messiah?” St. Augustine astutely observes that in posing this question to the Temple scholars of religious law, Jesus points to his own lineage coming from the House of David. Jesus ultimately does not argue the legal point. Rather he points to his witness.

Perhaps this is why the Church proposes this Gospel to be proclaimed when ordaining new priests. For ultimately those we serve as priests will be convinced, not so much by our well-reasoned arguments – important as those are – but by our personal witness to Jesus Christ, Son of God, Son of Mary, and, as this Gospel reminds us, Son of David. So permit me to focus this homily on two profound priestly witnesses for our consideration at this ordination of Edgar Quiroga: Dom Vasco de Quiroga, the first bishop of Michoacán and Frère Charles Pandosy, one of the first seminarians to be ordained a priest to serve the Yakama nation.

“What do you think of the Messiah?”  In terms of answering this question, I cite the personal witness of Vasco de Quiroga partly because, Edgar, he is your “tocayo.” English speakers may be unfamiliar with the concept of a “tocayo.” Related to the verb “touch” a “tocayo” (namesake) is someone who is not blood related but shares the same “name,” or in this case, the same last name; “Quiroga.”

As some of our Spanish speakers know, in 1539 Vasco de Quiroga became the first bishop of the Diocese of Michoacán – a vast area of what is today the Central and Western Mexico. Vasco de Quiroga started his career as a lawyer of the Spanish crown. When no suitable cleric could be found to become bishop, this layman and lawyer, Vasco de Quiroga received all the Holy Orders in a single day becoming a deacon, a priest and a bishop all at once.  (Edgar, we will not be doing that today!)

While still a lawyer, Vasco de Quiroga famously defended the Purépecha peoples of western Mexico against slavery. He won the case and slavery was temporarily abolished. Interestingly, Vasco de Quiroga’s inspiration was the famous English chancellor of King Henry the VIII, St. Thomas More, who was martyred for the faith refusing to manipulate the law of the church in favor of the king. When Vasco de Quiroga became bishop, Spanish settlers pressed the Spanish crown for slavery again. So, taking his inspiration from St. Thomas More’s famous work “Utopia,” Bishop Vasco de Quiroga organized indigenous populations into communities he called “Republicas de Indios.” These self-governing republics under the protection of the Church provided the cultural basis for today’s beautiful religious and liturgical artwork so prominent in Patzcuaro and Zinzunzan. The religious objects and the papal chair used by Pope Francis during his prayers and liturgies in Mexico came directly from the tradition of craftsmanship introduced by Bishop Vasco de Quiroga in these “Republicas de Indios.” The personal witness of Vasco de Quiroga answers the basic question about our human dignity, the basic question, “What do you think of the Messiah?”

“What do you think of the Messiah?” That also would be the underlying question the Yakama tribe brought before the first missionaries, the Oblates of Mary Immaculate, when they asked for the “black-robed” men with the “seven sacred medicines.” Among those who served the Yakama tribe were two seminarians of the Oblates of Mary Immaculate: Charles Pandosy and Eugene Casmir Charouse.

During an armed conflict with the Cayuse tribe, the Presbyterian minister, Dr. Marcus Whitman was killed along with his family. After these tensions, Bishop Blanchette quickly ordained the two seminarians on January 2, 1848 in a one-room frontier shack. Jesuit historian Fr. Wilfred P. Schoenberg S.J. noted, “The place was so poorly equipped that it was necessary to borrow a white night shirt from [William] McBean of the fort to serve as an alb.” Fr. Pandosy went on to serve the Yakama nation. He was accused of gun-running for the Yakamas. As a result, he ended up going north into what would soon become the colony of British Columbia. He opened a new mission there similar to the Ahtanum mission he helped start here outside Yakima.

“What do you think of the Messiah?” Both Vasco de Quiroga and Charles Pandosy answered that question – not with words – but with witness.  Like them, you today, Edgar, will do the same. Certainly, you are not being ordained in the middle of armed conflict like Charles Pandosy. Nor are you being ordained with the unusual speed of Vasco de Quiroga. But I am keenly aware that this ordination day is not the day you planned. You hoped to see your parents here in Yakima. They expected to see me in your hometown with pilgrims from the Yakima Diocese at your first Mass.  We all expected to be together with parishioners from Yakima on a spiritual pilgrimage to the land of Vasco de Quiroga.

“What do you think of the Messiah?” Your choosing a simple ordination now rather than a more elaborate one later, your opting for an ordination shared by YouTube livestream rather than a Cathedral filled with family and friends, your deciding to forgo the festive events and do outdoor blessings, addresses the question the Pharisees pose to Jesus: “What do you think of the Messiah?”

“What do you think of the Messiah?” The very fact that you enter priesthood today with such simplicity points us all to Jesus present and real in the Eucharist. Our simplicity this day underscores how Jesus always comes to us through the simplest elements of bread and wine, gifts of the earth and works of human hands. Your ordination this day not only uplifts the simple elements of bread and wine but those who bring these gifts to this altar:  our many parishioners who prepare our food, pack our meat, tend our orchards, prune our trees, and harvest our fruits and bundle our vegetables.

“What do you think of the Messiah?” Fr. Quiroga, permit me to close with a point that you made to me about this very passage. Jesus asks this question of the Pharisees precisely after he tells the lawyer that the greatest of God’s commandments is love. Love motivated the witness of the great missionary Vasco de Quiroga – your “tocayo.” Love motivated the great missionaries to the Yakamas such as Fr. Charles Pandosy. Love lies at the heart of every Eucharist and every celebration of every Sacrament.

Peace be with you!