The Coming of Christ! 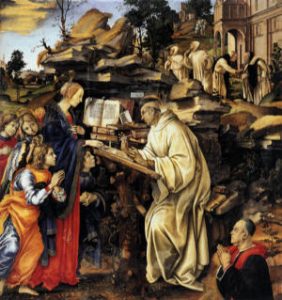 Permit me to explain with a story of a now deceased deacon I came to know as a newly ordained priest in the Archdiocese of Seattle many years ago. His name was Deacon Joe Curtis. He and his wife Lois served at St. James Cathedral in Seattle by day. But at night Deacon Joe Curtis served the homeless on the streets of Seattle. As you know today, Seattle has the third largest homeless population of any city in the United States. Deacon Joe and his crew would distribute sandwiches. He told the story of distributing sandwiches late one night. After the volunteers had run out, a late-comer approached Deacon Joe for a sandwich.  He had none. But Deacon Joe then watched one of the other homeless take his own sandwich and split it in two, sharing with the other homeless person who had arrived late and had no sandwich. Deacon Joe saw in that action in the life of that homeless person an extension of the action on this altar. He connected the action of breaking sacred bread on Sunday with the sharing of daily bread on Monday. He strived to do on the weekday what he celebrated on Sunday as a deacon. He served the Lord’s Table at Sunday Mass. He served the table of the poor as a holy sacrifice of service to Seattle’s homeless population during the week.

In paragraph 27 of the “Joy of the Gospel” Pope Francis lays out his vision for the Church: “I dream of a “missionary option,” that is, a missionary impulse capable of transforming everything, so that the Church’s customs, ways of doing things, times and schedules, language and structures can be suitably channeled for the evangelization of today’s world rather than for her self-preservation.”

But he also goes on to note in the following paragraph: “The parish is not an outdated institution; precisely because it possesses great flexibility, it can assume quite different contours depending on the openness and missionary creativity of the pastor and the community.”

In a certain sense, Pope Francis wants to flip the Church inside out. The parish is not simply a place people come to. No. It’s a missionary center out of which people are sent. The parish does not have a mission. No. The mission of Jesus Christ has a parish.

Permanent deacons have the unique mandate to flip the Church inside out, to lead parishioners from the parish into the world.   We need not go farther than our second reading from the Acts of the Apostles which we just heard in Spanish to discover this “flip the church” mandate.  The first Church deacons all had Greek names because it seemed that, while the Hebrew widows were receiving daily charity, the Greek widows were being overlooked. So Greek-speaking deacons were appointed who could attend to their needs. You follow in the footsteps of Stephen, Philip, Prochorus, Nicanor, Timon, Parmenas, and the convert from Judaism, Nicholas of Antioch.

I want to thank you for accepting the charge to flip the Church, to move the ministry of the Church beyond the confines of a parish facility, to make Christ real in his Body and his Blood through your ministry of service and charity. I want to especially thank your wives and your family members who are sharing you today as part of the gifts of bread and wine.

Let your lives point to the intermediate coming of Christ of which St. Bernard of Clairvaux so eloquently spoke. Go and share this “intermediate coming” through the spiritual and corporal works of mercy. Extend this altar so we seat those not at Church! Flip the Church! Be the Bread of Life for those around you! Peace be with you!

Diocese Celebrates Our Lady of Guadalupe