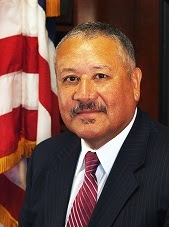 Mario Villanueva is the newly appointed executive director of the Washington State Catholic Conference (WSCC). Villanueva will lead advocacy efforts and represent the bishops of the Archdiocese of Seattle, the Diocese of Spokane and the Diocese of Yakima on public policy matters.

“We are so pleased to welcome Mario to this important role,” said Archbishop Paul D. Etienne of Seattle. “His knowledge and expertise will help us continue to advocate for the common good and bring important issues to the forefront on behalf of the 1.3 million Catholics in Washington state.”
As state director for USDA Rural Development from 2009 to 2017, Villanueva oversaw the deployment of $6.2 billion in federal assistance for housing, business development, community infrastructure, and utilities. Prior to that role, Villanueva spent nine years with Catholic Charities of Central Washington eventually serving as Vice President. In this role, he launched the Housing Services program and assisted in overseeing 300 staff at 35 agency locations.

“Mario’s knowledge of governmental processes comes through valuable experience, including his time as founding director of Catholic Charities Housing Services in Central Washington,” said Bishop Joseph Tyson of Yakima. “Furthermore, his roots in the Yakima Valley give him a unique perspective and ability to inject our Catholic faith into major public policy conversations.”

“I’m so grateful to step back into a role that brings together my advocacy expertise and Catholic faith,” said Villanueva, who will headquarter at the Archdiocese of Seattle. “We have such an opportunity to ignite people to work together on important issues and give a voice to Catholics across the state.”
One of Villanueva’s first key roles will be in support of the Cornerstone Catholic Conference, October 18-19 at the Greater Tacoma Convention Center.  Cornerstone is a gathering of Catholics from across the state that seeks to connect, inspire, and educate the faithful.  Registration is open now for this year’s conference, which includes keynote speeches and workshops led by national Catholic leaders.

“I’m eager to get started,” said Villanueva. “I want to build an empowered network of people who are living their faith and demonstrating what it means to be Catholic today.”