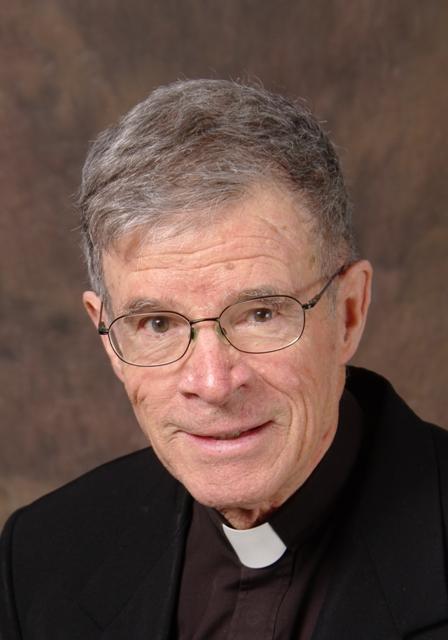 The Attitude of the Beatitudes

Paula Newman Labernik writing on Facebook recalled how her dad worked with Fr. Tom at Hanford before he became a priest. After ordination, Fr. Tom taught chemistry at the old Carroll High School. “He was a genius level for higher intelligence.”

Likewise on Facebook, Pegi Lee Danielson Ackerman shared with all of us how her husband Paul, along with Fr. Darell Mitchell, spent the final hours with Fr. Tom singing with him and the chaplains from Cottage in the Meadows the great hymn, “How Great Thou Art.” Fr. Darrell had needed to return early from our Diocese of Yakima retreat, where we were all praying for Fr. Tom in his final hours, remembering him in our intentions during the Liturgy of the Hours as well as our daily Eucharist. Fr. Ricardo Villareal, who had come back to Yakima for a funeral, joined Fr. Darell to be with Fr. Tom in his last hours as well.

Out in Goldendale, where Father Ibach and I were together for Confirmation this last Sunday, many of the older parishioners recalled with affection Father Tom’s care for them, offering their prayers for him too.

In the run up to his final months, Cathy Godfrey offered hours and hours of service and care. Both Monsignor Robert Siler and Father Michael Ibach spent considerable effort in the care of Father Tom, staying close to his family, tracking the medical care, and monitoring his needs as his body and his mind began to fail him.  There are certainly many others too numerous to mention who did so much for Father Tom. To all of you, thank you!

Certainly, our own Father César Vega here at Holy Family spent considerable time making sure that Father Tom had opportunities to exercise his priestly ministry. He made sure that Father Tom was able to concelebrate the Sunday Eucharist. He and Cathy helped organize a wonderful 50th anniversary celebration as a priest here at Holy Family. Father Tom also liked helping out with confessions. You – the parishioners here at Holy Family – were so gracious to him in all of this – even when in hearing your confessions he wanted to you to repeated everything you said loudly so he could hear.  I know many of you hoped and prayed that those outside the confessional wouldn’t also hear!

As bishop, I am a relative late-comer into the life of Father Thomas Lane. But very early in my first days as bishop, Fr. Tom got me over to visit his classmate Father Robert Shields. He took great pains and great responsibility for making sure that Father Shields got to his doctor appointments and that he didn’t become too isolated and alone.  He did this in the midst of his own infirmities.  I thought to myself: Between the medications of Fr. Tom Lane and Fr. Robert Shields, the two of them could open a Rite Aid pharmacy!

What is the Liturgy of the Hours? As many of you know, the Liturgy of the Hours consists of a collection of psalms and canticles along with specific scriptures and readings. Morning prayer and evening prayer are the linchpins of our Liturgy of the Hours. The early morning “Office of Readings” with its extended psalms, scripture and spiritual reading opens the day. The shorter Night Prayer or Compline closes the day. The daytime midmorning, midday and midafternoon psalms punctuate the day with psalms that uplift our love of the law of God, assisting us to see the rule of our life as a tool for our human flourishing.  Upon ordination, all clergy – bishops priests and deacons – promise to pray the prayer of the Church: The Liturgy of the Hours.  So do many of the religious men and women in consecrated life.

Father Tom understood the seriousness of his commitment to the Liturgy of the Hours. He grasped that when he prayed, he was not simply praying for himself and his parishioners, but for the entire Church and for all the living and all the dead. Father Tom took this commitment to heart and made this prayer for the Church the center of his life.

I became aware of this centrality for Father Tom during my first hospital visit with him. Father Ibach clued me in that Father Tom was pretty concerned about the Liturgy of the Hours obligation. I told him that I was dispensing him of his obligation to pray the Liturgy of the Hours when he was sick. I cited the old dictum of Teresa of Avila: Pray as you can – not as you ought. I told him that even St. Teresa of Avila knew that sometimes our human frailty prevented us from praying and that, as a result, we often simply have to offer our struggles and our sufferings up to God as our prayer in those moments. Sometimes we have to allow others to pray for us and trust that God will make up for what we lack. But from time to time Father Tom continued to worry about his prayer life. I know many of the brothers needed to repeat to him that he should pray as best as he could and not worry about hitting the breviary if it became too much due to his health.

The attitude of the Beatitudes! That is Father Tom!  As we listened to the list of beatitudes taught by Jesus, it’s easy to identify the attitudes and interior dispositions each beatitude call from us. But it might also be wise to remember that both the Catechism of the Catholic Church as well as the Church’s General Directory for Catechesis define prayer as an “attitude.”

“Communion with Christ,” notes the General Directory for Catechesis, “leads the disciple to assume an attitude of prayer. To learn to pray with Jesus is to pray with the same sentiments with which he turned to the Father: adoration, praise, thanksgiving, filial confidence, supplication and awe for his glory.” Then the General Directory for Catechesis concludes with this insight: “This climate is especially necessary when the catechumen and those to be catechized are confronted with the more demanding aspects of the Gospel and when they feel weak or when they discover the mysterious action of God in their lives.”

The attitude of the beatitudes. This is Father Tom’s lasting legacy. He showed us how to pray in our weakness. His attitude of poverty, of peace, of meekness, his attitude of mercy and singleheartedness, his desire for righteousness and comfort for the persecuted and the sorrowful grew from his intense and firm conviction about the centrality of prayer in his life.

Are we doing the same? We might want to ask ourselves how we are doing in our life of prayer. How are we making prayer – not only for ourselves – but for the entire Church a central piece of our daily life? As we give thanks to God for the gift of Father Thomas Lane, let us resolve to learn the central lesson of his life that threads through his teaching career and his time as a priest here in the Diocese of Yakima. Let us resolve to pray more deeply and thus foster the attitude of the beatitudes as did Father Thomas Lane.  Peace be with you!