“Be what you see! Believe who you are.”

The Most Reverend Joseph J. Tyson, Bishop of Yakima 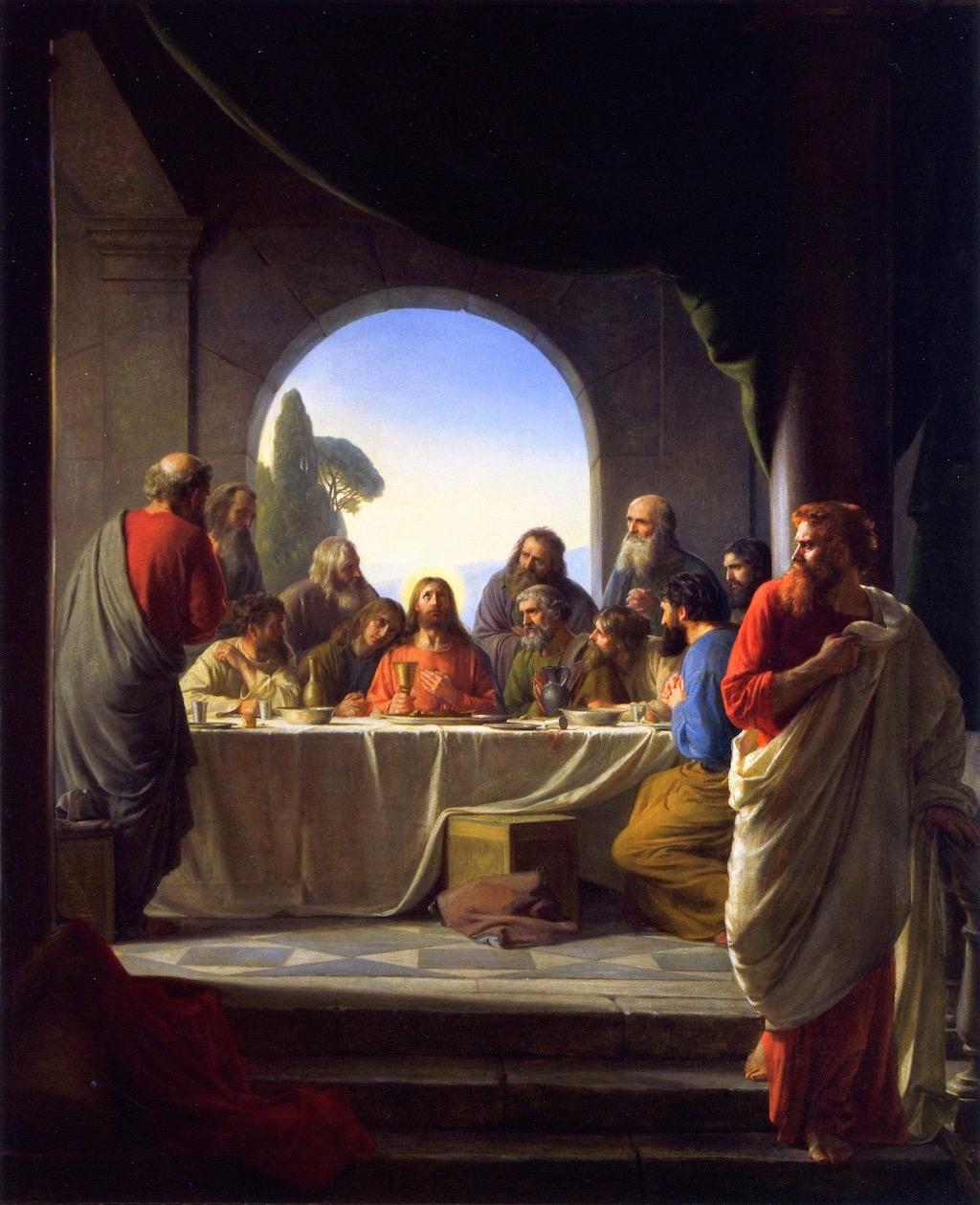 How might we understand these words tonight as we commemorate the institution of the Lord’s Supper? Permit me to begin with a little account from my own family. As many of you know, my mother was a student here at St. Paul school. She grew up here in the parish in a home between West MacLaren and Tieton Drive on South 14th Avenue. I actually have spoken with the owners of the house. They speak Spanish there now! But back when I was little that corner of the block spoke German.

My grandparents’ family came from a war-torn and starved part of southeast Europe, like most of the Germans from Russia. In their living memories was the great famine of 1920, where one person died every three seconds of hunger. When it came to food the three generations of immigrants had three distinct German words to describe their respective generational experiences: “Tod, Not und Brot.”

I was fortunate enough to be part of that third generation – the generation of bread – and boy did we have bread! I can recall coming home to the smell of cinnamon rolls baked by my grandmother. She baked all kind of dishes based on wheat: “Kaasnipfla,” “Dümpfnudle,” and “Plachenda.”

Yet hearing her soft southwestern German dialect – the dialect spoken by all the Germans from Russia here in Yakima – I also became aware of the story behind the food: “Tod, Not und Brot.”

In a parallel fashion this is precisely what our Passover Scriptures are meant to convey this Holy Thursday evening commemorating the Lord’s Supper. Our opening scriptures recall the great Passover where the ancient Jewish people mark their doorposts with the blood of the sacrificed goats signaling for the angel of death to bypass their homes. They prepare a special bread – unleavened bread – bread that does not spoil or deteriorate – bread for the exodus journey from the slavery of Egypt to the freedom of the Promised Land. In the process they face down the death of the desert, their hunger and need and receive manna in the desert. “Tod, Not und Brot.”

The same is true for me and for you. Every time we celebrate the Eucharist we believe we are re-membering ourselves to the singular and one sacrifice of Jesus Christ. This is precisely why in the Gospel of John – while we hear tonight about Passover preparations – we have no account of the last supper as we do in Matthew, Mark and Luke. It is as though St. John wants us to grasp that Jesus dies on the cross aligned to the slaughter of the Passover lambs. Jesus IS the Lamb of God, the Passover sacrifice, the one and singular source of salvation that brings us new life. “Tod, Not und Brot.”

The Vocalization of God’s Fullest Word

Homily for St. Joseph the Worker