Family Roots: Jesus and Ours - Archived 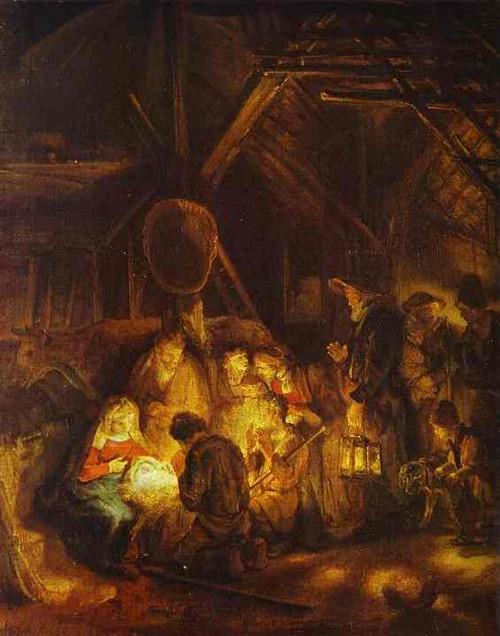 The Most Reverend Joseph J. Tyson, Bishop of Yakima

Peace be with you! We just closed the Jubilee Year of Mercy – an event well publicized and uplifted by Pope Francis – and this year we enter the “Year of Grace” – not a jubilee year, but a year in which we remember the grace of God in our lives.

What is grace? I love to mountain bike and cross-country ski in the very same location: Icicle Creek near Leavenworth, Washington. In the spring, when I mountain bike up Icicle Creek road and into the back roads beyond, the trees are a block of forest green and the pathway soft – sometimes muddy – still fresh with the spring run-off of snow and the creek can be heard alive with new water from the surrounding hills.

But in the winter when I’ve cross-country skied on the very same trail the scenery looks totally different. In the winter the lower-elevation deciduous trees have lost their leaves allowing me to see the river – a river that is much more still with much less water than in the spring.  Instead of spring mud, the snow on the trail reveals little footprints – animal tracks – detecting even the smallest of forest animals.  The evergreens in the hills surrounding the creek no longer look like a block of solid forest green.  Rather each tree and each evergreen bow stand out clear and distinct coated with the beautiful bright white snow of winter. The winter snow reveals animal life and the beauty of the forest in ways not possible during the regular spring and summer months.

Grace – God’s grace at work – is precisely what the opening lines of the New Testament are meant to highlight in this genealogy of Jesus from St. Matthew’s Gospel.  God’s faithful grace is always at work.

Indeed the very first line reminds us of this because, when starting to convey the family of origin for Jesus, St. Matthew begins with Abraham.  Abraham as the Old Testament figure of faithfulness is meant to convey that God is faithful.

But perhaps the most unusual and surprising twist is that this family tree of Jesus hinges on four unusual woman: Tamar, Rahab, Ruth followed by a woman only identified as “Uriah’s wife.” These are the great-grandmothers – so to speak – leading up the birth of Jesus by the Blessed Virgin Mary.  Each of these women reveal the power of God’s grace operating through broken human lives.

The first of these women – Tamar – lost her husband before she was able to conceive any child.  Under the Hebrew tribal law in place, the brother of the deceased husband was required to marry the childless widow to allow the widow to have children and thus not live her life as a widow in poverty.  Judah – the brother of Tamar’s deceased husband, refused – so Tamar disguised herself as a prostitute in order to get Judah to fulfill his responsibility under Jewish law. That’s Tarmar.

Then there’s Rahab.  She did not have to disguise herself as a prostitute because she was a prostitute.  Before the battle of Jericho, she cut a deal with the Jewish invaders in order to spare her family.  Why?  Because Rahab had come to believe in the God of Israel.   Since her family lived in an apartment in the walls of Jericho, she was able to let the Jewish spies and invaders into the city and – note well – those Jewish soldiers seemed to have known where Rahab lived.

Ruth is next on the list of Jesus’ great grandmothers. Like Tamar and Rahab, Ruth is not Jewish.  She’s gentile. But her story is a bit reversed from the previous two women I just mentioned.  Ruth married into Jewish family and was very close to her mother-in-law Naomi and her sister-in-law Orpah.  Living in Egypt at the time of famine they escaped the hunger of Naomi’s homeland, Israel.  As the story unfolds in the Book of Ruth all the men die: Ruth’s father-in-law, Ruth’s brother and law and Ruth’s own husband.

So Naomi says to her two daughter-in-laws that since all their husbands have died she intends to return home to her people back in Israel in the town of – listen to this – Bethlehem.  Bethlehem: the town that literally translates as “the place of the bread.” She further tells them that they – her daughter in laws – are released from service according to Jewish tribal custom and they were free to return home too.

Yet Ruth refuses to leave. In some of the most moving words of the Old Testament she tells her mother-in-law: Wherever you go I will go and wherever you stay I will stay. Your people will be my people and your God will be my God.  Ruth – this gentile Moabite woman  – becomes one of the great figures of faith in the Old Testament.

The final great grandmother of Jesus is a woman that the evangelist St. Mathew does not directly name so shameful is her reputation.  She’s simply identified as “Uriah’s wife” but we know her as Bathsheba. The story goes like this.  King David returns to his home in Jerusalem resting up from his many battles.  He spots the wife of his top general – General Uriah – bathing naked and becomes sexually attracted to her.  So he arranges for a meeting and the two of them have a sexual affair.  As it turns out David actually impregnates Bathsheba so they are expecting a child. In order to cover up his crime, David calls two of his lieutenants and tells them to work with General Uriah in a frontal attack but – in the heat of battle – the two lieutenants are to pull back, thus allowing General Uriah to be surrounded by enemy troops.  This is exactly what happens.  General Uriah is killed. King David then marries Bathsheba. Taken together, these events come to be known as “David’s Sin.”

Tamar, Rahab, Ruth, Uriah’s wife.  These are the great grandmothers of Jesus. They are all outsiders and considered sinners.  But – and this is key – the details of these stories reveal that the real sinners in Jesus’ family of origin are actually the men.  In fact, the famous scripture scholar Fr. Raymond Brown notes that some of the men noted in this Gospel from St. Matthew are so obscure they cannot be found in any of the genealogies of the Old Testament.  Indeed, in one of his essays, Jesus refers to the men in this genealogy as an “…odd assortment of idolaters, murders, incompetents, power-seekers, and harem-wastrels.”

So if God can bring forth the salvation of the world from this rabble of a family, imagine what God can do in your family of origin!  Now I won’t ask for a show of hands but many of you are unfamiliar faces here at St. Paul Cathedral tonight.  I bet some of you are home visiting families.  I bet some of you are here tonight under the duress of your in-laws.  Now don’t raise hands.

I suspect that somewhere in this assembly of worship there’s someone who’s not very fond of their brother-in-law.  I bet someone has a sister or a cousin who consistently throws temper tantrums when the Christmas gifts are opened.  I bet we know of a friend or a relative who is so alienated from their fellow family members that they haven’t spoken for years.  I bet someone here has a sibling or a relative that’s locked in a hall of mirrors due to depression or mental illness.  I bet some of us have family members in prison.

If you’re one of the occasional visitors here at St. Paul Cathedral and have come here tonight expecting nice people and lovely liturgies you’ll see this during Christmas.  Like so many in your own family origin, we’re all on our best behavior tonight. But stick around a while and the same conflicts that surface in family life quickly appear in parish life as well. There are two kinds of families – those that are seriously dysfunctional and those that lie, and you need not look any farther than the family of origin from which Jesus derives to get a sense of this.  As one of my friends with a very wicked sense of humor once said: “Never take the word “fun” out the word “dysfunctional.”

So why show up?  Well, look at the crèche!  This is precisely where God dwells.  This is precisely where Jesus becomes Emmanuel – literally a Hebrew language reference to God pitching his tent and dwelling in our midst. God deliberately chooses to show forth his presence to us in the midst of “straw poverty” and as a result of a very unusual family of origin as well as a very unusual pregnancy – the virgin birth.

So why show up?  Well, if you don’t want to look at the crèche then look in the mirror.  Might that reflection be someone in need of God’s love, God’s grace and God’s salvation? The Good News from this genealogy of Jesus found in St. Matthew’s Gospel is that we’re never too crazy, too dumb, too clumsy, too inept, too unskilled or too incompetent to be part of salvation history. Remember: Grace is like snow. It helps us see the everyday of our lives differently – charged with the beauty of God!