Think of What is Above: Bishop’s Homily for Easter Day - Archived 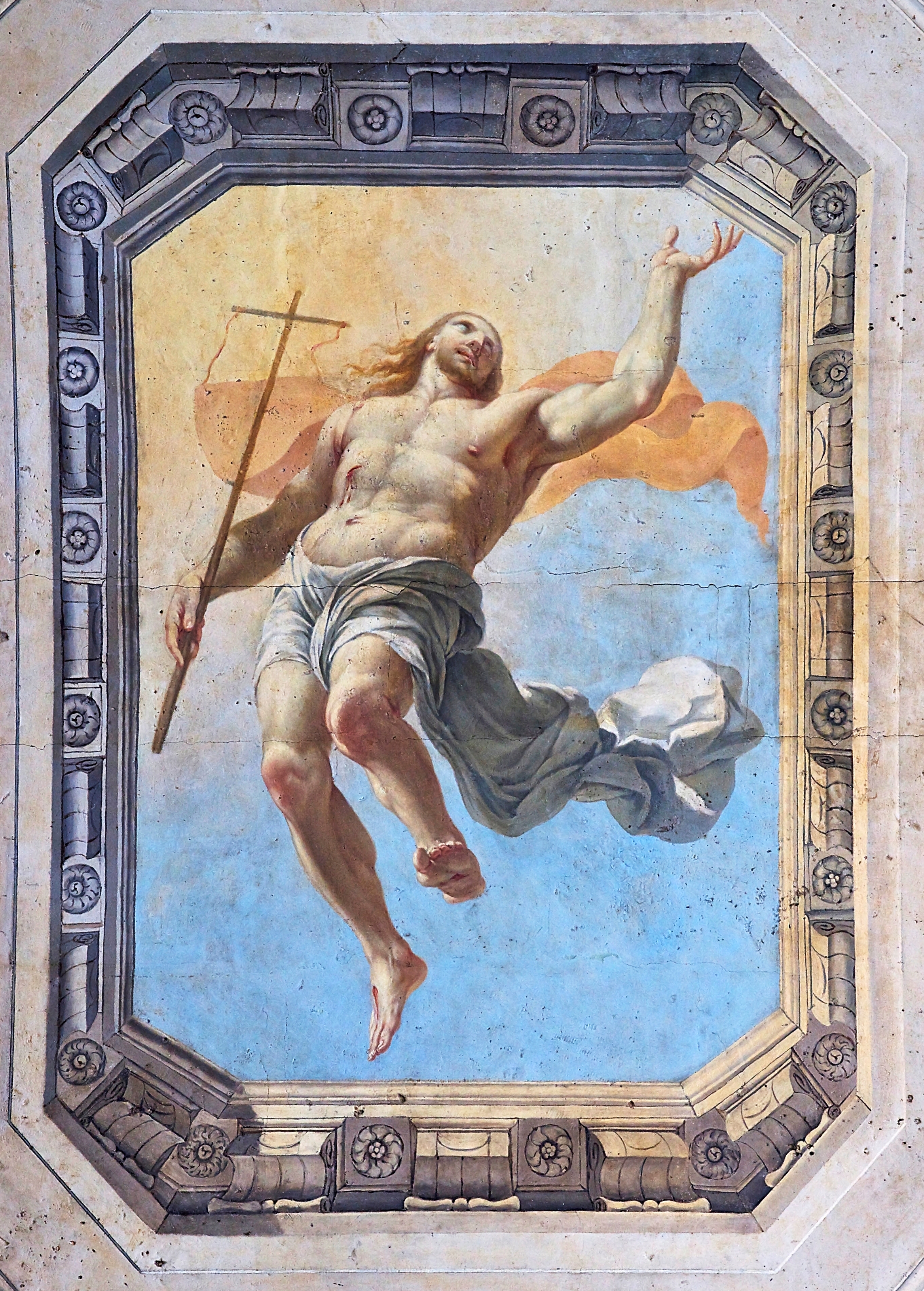 Think of What is Above

Peace be with you!  We sing “Alleluia” a Hebrew expression of timeless and endless joy!  We do so to uplift in our hearts the great uplifting of Jesus – who as God – brings the resurrection of God to each and every one of us.

Yet I suspect when we really open our hearts this Easter Sunday all is not light and bright.  Some still carry the Good Friday scars in their hearts.  It might be the separation from our spouse.  It might be an abusive relationship we left.  It might be the scourge of depression that wounds our interior life.  It might be our tendency to self-medicate our pain through drugs and alcohol.

Having briefly dropped in on our Yakima Valley youth on their retreat, I listened to a mother talk about the death of her sons due to gunfire and gang violence.  And as a former pastor of three inner-city parishes in Seattle’s South-end, I can tell you that I personally buried more youths due to gun violence than I care to count.

Even globally, I am struck by the number of young men’s faces on the streets of Damascus, the countryside in northern Nigeria as well as the photos of terrorists in Brussels. What may drive these young people is not simply poverty and hunger but also a deep felt sense of injustice.  Injustice appears so evident locally and globally: be that our own broken immigration system here in the United States or the ongoing desire for freedom and economic justice internationally.

How is our sung “Alleluia” a truthful response to the darkness that surrounds us?  It was a Jewish German philosopher from the Frankfurter School – Theodor Adorno – who ultimately arrived at the insight that if there is ever to be real justice in the world it must be for all time and all places – current and retroactive – and it was our own Pope Emeritus Benedict XVI who connected this insight on justice to the Easter resurrection.

Christ is risen!  There is justice for the world!  And that justice is not just limited to the here and now of a today building for a better tomorrow.  It is a justice that retroactively heals the harm of the past because this justice is rooted in a God who IS love!

Because God is love he does not allow any source of pain or suffering to drift into the past unnoticed.  But he does not overpower it or conquer it with violence.  No. As the all-compassionate God, Jesus gets inside the injustice – he rescues it and redeems it.  In Jesus, God’s act of forgiveness from the tortuous death of the cross overpowers evil and injustice.

How can we touch this divine love that Jesus – as God – brings to us in his rising from the dead?  I think the interpretive key is found in our second reading from the book of Colossians:  “Seek what is above…” St. Paul commands his fledging community at Colossae.  “Think of what is above, not of what is on earth.”

Are these words some kind of escape from the reality of injustice in our world?  I think not.  Allow me to open this up a bit.  Some years ago, while still a college student serving in Amnesty International, I befriended the co-director of the South American refugee program.  The former Chilean president, Salvador Allende, had died in a bloody coup. The parish, to which my family belonged, had sponsored a Chilean refugee.  Indeed, refugees were pouring in not only from Chile but also from Argentina and the brutal dictatorship of General Vidal.

It was in this context I first learned about a brave woman who’d been imprisoned and tortured.  Her name was Dr. Sheila Cassidy.  She told the story of being in her prison cell, opening her bible and seeing a picture of an imprisoned man.  Imprisoned herself, she immediately identified with that imprisoned man.  But then her eyes moved upward towards an invisible hand and the words from the book of Romans, “Nothing can separate us from the love of God.”  This gave her the courage to create an area of freedom within herself and among her cellmates.  I still recall some words from that prayer which was later picked up in books and pamphlets from that era:

Within me there is darkness

But with thee there is light;

Lord, this day, whatever may come;

Thy Will be done!

The basic human lesson proclaimed by Jesus is that those who try to save themselves will lose themselves while those who lose themselves – even in the suffering and death of the cross – gain not only themselves but the world.  Those who look above – look beyond – look to the heavens – bring that sense of the eternal to the daily tasks of life – even to the demands of justice – and they become the persons God created them to be.

This is why I’m also so grateful to Monsignor Ecker as well as all of you here at the Cathedral parish. In your ministry and in your worship you pattern for those around you to “…sek what is above…” and I am quite deliberate when I use the word “pattern” to allow me to explain.

When I was about to be ordained, my grandmother who was an active volunteer here at the Cathedral, borrowed Monsignor Ecker’s vestments.  She wanted to make  vestments for me and by sight she knew the two of us were about the same build. She made her sewing pattern for my vestments off of Monsignor Ecker’s vestments. I think that little story symbolizes so much of what Monsignor Ecker – and really – all of you here at the Cathedral do for the larger diocese of Yakima.  You provide a pattern for the entire diocese to “…seek what is above…” and for that I am extremely grateful.

So Happy Easter! “Christ is risen!”  May we firmly resolve to let our gaze this Easter Sunday “…seek what is above…” even as we journey as pilgrims here on earth. Peace be with you!

Artwork: Central motive of the fresco vault by Michel Corneille the Elder (1601-1664) in Church Saint-Nicolas-des-Champs in Paris. Restoration of 2010/2011