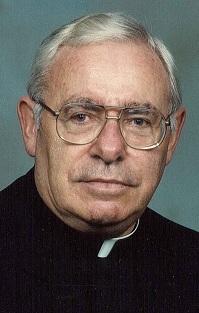 The Very Rev. John Francis Heneghan of Louisburgh, County Mayo, Ireland, a retired priest of the Catholic Diocese of Yakima, died Tuesday, June 5, at the Friars Lodge Nursing Home in Louisburgh.  He was 86. A funeral Mass will be held Friday, June 8, at 12 p.m. at St. Patrick’s Church in Louisburgh (see attachment for Bishop Tyson’s letter to his family and friends in Ireland).

From 1956 to 1959 Fr. Heneghan was parochial vicar at Christ the King Parish in Richland.  He then served as pastor of St. Henry’s Parish in Grand Coulee from 1959 to 1962, and pastor of St. Pius X Parish in Quincy from 1962 to 1968, when he left for a year of Canon Law studies at the Catholic University of America, earning a licentiate degree.

Upon his return to the diocese, he was appointed Judicial Vicar, and served in the Marriage Tribunal (now the Office of Canonical Concerns), while also serving as administrator of Holy Trinity Parish in Goldendale from 1970-1972.  He was in residence at St. Andrew’s Parish in Ellensburg from 1973-1975, then served as co-pastor of Christ the King Parish from 1975 to 1978, and for a short time as administrator of St. Patrick’s Parish (now Our Lady of Guadalupe) in Granger.

Fr. Heneghan was active in the Canon Law Society of America, and had a special devotion to the needs of immigrants and the poor, serving as the diocese’s episcopal vicar for minorities, and diocesan director of the Campaign for Human Development.

In 1993, he also was invested as a Knight of the Equestrian Order of the Holy Sepulchre of Jerusalem.

Donations in Fr. Heneghan’s memory may be made to the Diocese of Yakima Priest Retirement and Health Fund, 5301-A Tieton Drive, Yakima, WA  98908.